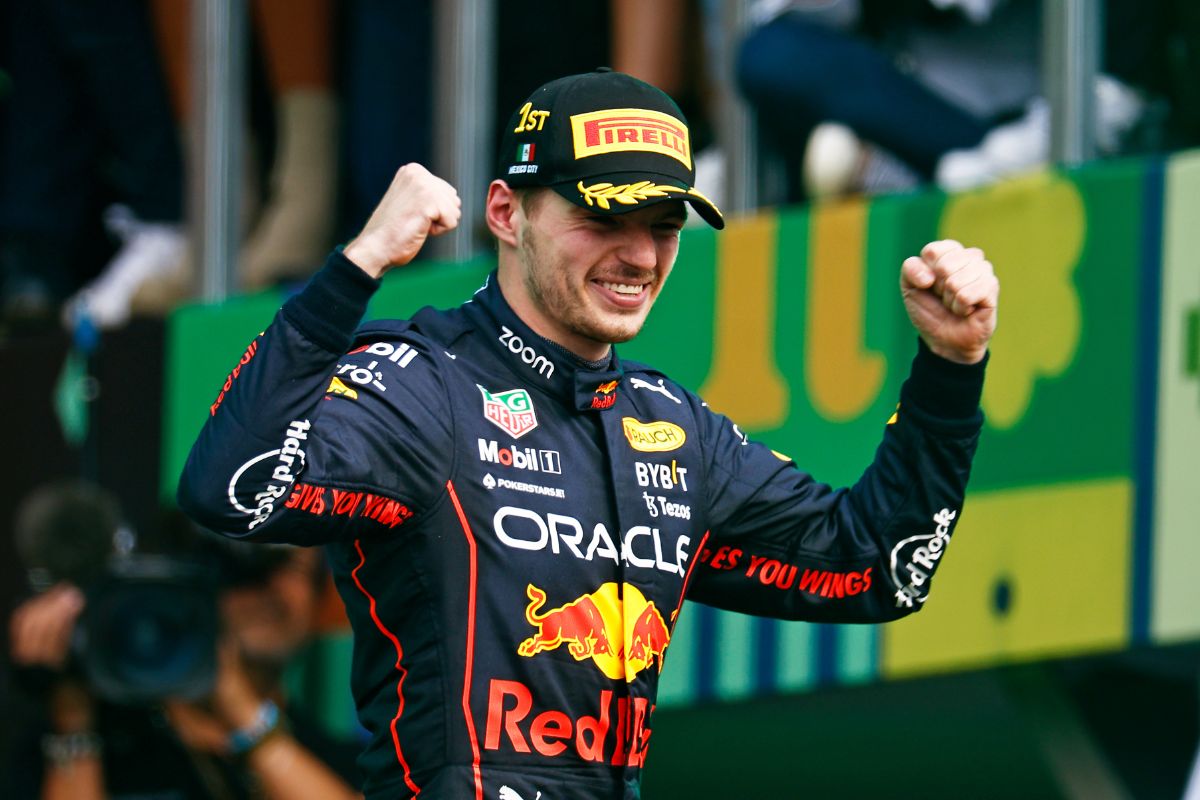 Verstappen rewrites the record books with victory in Mexico

Max Verstappen secured his place in the record books as he continued his remarkable season with a record-breaking 14th victory of the campaign at the Mexico City Grand Prix on Sunday.

The Dutch driver had already secured a second world title and helped Oracle Red Bull Racing win the constructors’ crown, before storming to victory in Mexico and eclipsing the record of 13 wins in a season – which was jointly held by Michael Schumacher and Sebastian Vettel.

Verstappen said: “It’s been an incredible year so far, we are definitely enjoying it and we’ll try to go for more (victories).”

Having started on pole, Verstappen was rarely troubled as he cruised to victory, finishing well clear of Lewis Hamilton in the Mercedes, while team-mate Sergio Pérez delighted the home fans as he secured a place on the podium.

The Mexican driver finished well ahead of Mercedes driver George Russell and has now moved up into second place in the driver standings, five points clear of Ferrari’s Charles LeClerc.

Scuderia AlphaTauri endured a difficult day as Frenchman Pierre Gasly narrowly missed out on a points finish as he secured 11th place, while Japanese team-mate Yuki Tsunoda was forced to retire after being hit by McLaren driver Daniel Ricciardo.

“The first stint of the race was critical today and we managed to stay in the lead after turn one. We were obviously on a different strategy to the cars around us and we had to look after our tyres a lot. We had quite good pace on the soft tyre even though it wears a bit more, we then drove the medium to the end. Winning 14 races in a season is incredible, we’re having an amazing year as a team and that’s the most important thing. We keep on pushing and we want to win as many races as possible, it’s really special what we are all achieving together this year.”

“It feels good to be on the podium but I wanted more today, I am a little bit disappointed. We could have finished second definitely but we had a poor pitstop, which really prevented us doing the undercut and being closer to Lewis. The hard tyre didn’t work for him initially but once he got them going it just didn’t work for me, then I was looking after my tyres and there was no more in them. We were planning to do a two-stop race but degradation was better than expected. This place in unbelievable, it is an amazing crowd here and I will never forget these moments because of the people. It is certainly, if not the best, one of the best crowds in Formula One – I am very privileged to have this support. I just want to go and win the next two races now, we have had the pace in the last few races, so now I just want to put it all together, cut out the small problems and then I believe we can do that.”

“Both drivers were impeccable today and we got our strategy absolutely right. The soft and medium tyres were definitely the quickest. After both drivers’ first pitstop, we saw that the tyres were in really good hape so it was a no brainer to put on the mediums. Checo had a little bit of trouble with his pitstop, but his recovery was phenomenal and to see both drivers on the podium is incredible. We are pleased we got it right today and of course, Max was truly remarkable. Frankly, Max is racing to another level, he’s raised the bar so high all season and to break the record with 14 race wins is extraordinary, especially with a couple of races still to go. He deserves all the plaudits that are coming his way and his drive today demonstrates his maturity and ability to read a race and control it in a very convincing manner.”

“It’s a real shame, but we knew it would be difficult starting from P14. I gave everything I could today, and we were close to finishing in the top 10, if we’d had one more lap I think we could’ve been in it. The atmosphere has been insane, as always in Mexico, so that’s been great, I’m just disappointed we’ve come away without points.”

“It’s such a shame about today’s result. My tyre management had been really good in the race up until that point, and I was feeling confident in that final stint, so I’m very disappointed that it ended with such a silly mistake. Daniel was on a different strategy and would’ve easily made it past later on, so for such an experienced driver to try to overtake in an area that it’s just not possible to is so annoying. We were close to being able to finish in the points, which are so valuable to us right now. There are some positives to take away from this weekend, but for now I just need to go away and reset, then come back stronger for Brazil.”

“As our two cars were close together on the grid today, we decided to start with different compounds, with the target of maximising the possibility to score points. Yuki started on new Softs and was immediately able to gain some positions in the first lap, he was P11 between the two McLarens who were both on Mediums, with Norris in front and Riccardo behind. Yuki’s first stint was good, he was able to produce consistent lap times, manage tyre and brake temperatures, and the tyres were working properly for the entire stint. For the rest of his race, he continued to fight the two McLarens, so in the second stint we decided to fit Mediums and the pace was again good, allowing him to follow Norris and stay in front of Ricciardo. However, Ricciardo tried to overtake Yuki, which destroyed our car and our race. The contact left Yuki’s car with a lot of damage, and we had to retire. Pierre’s race was a bit different. By the end of lap one he had lost some positions and was P17, racing on the Mediums, behind the two Astons that were slower than him. During the first stint, Pierre was able to gain one position, overtaking Stroll, who was on the same compound, but during this manoeuvre he got a five second penalty. This was served at our second pit stop and our race became a bit more complicated. When he re-joined the track he was behind Albon. Pierre’s pace with the soft compound was good and we were able to overtake him and close the gap with the cars in front, who were on different strategies. Pierre finished just behind Bottas, just outside the points in P11. It is a shame, because the pace wasn’t bad today. Now we need to switch our thoughts to the preparation for our next race in Brazil.”