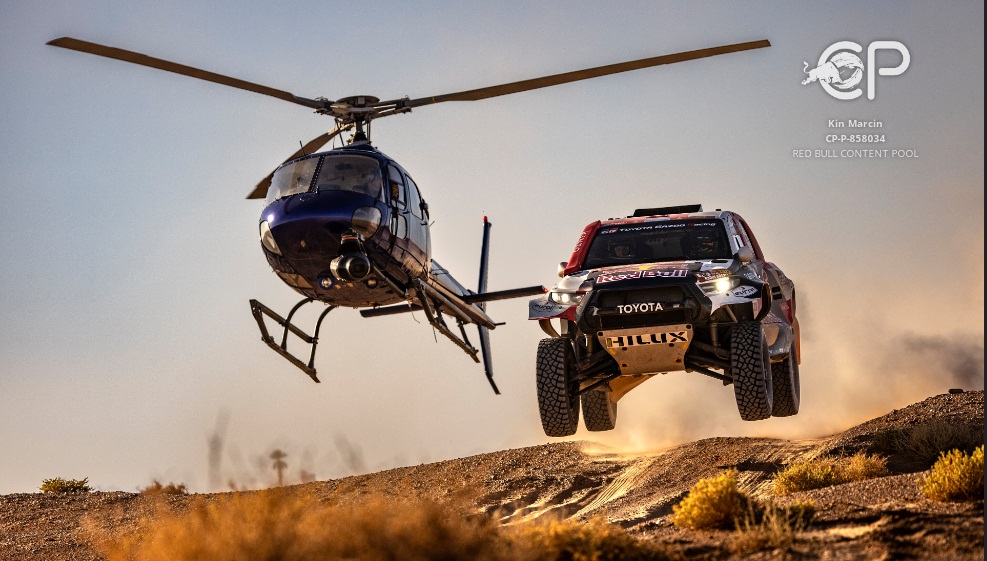 The most fierce opponent anyone will face at the Dakar is the route itself – there will be nothing easy about the fourth edition of the rally to be hosted by Saudi Arabia. A Prologue Stage gets things underway on December 31 in Yanbu on the shores of the Red Sea. Then comes 5,000 racing kilometres spread over 14 timed special stages before the chequered flag falls at Dammam on the Arabian Gulf on January 15.

It’s a longer route loaded with more dunes and potential pitfalls than we’ve witnessed since the rally’s relocation to the Middle East. Here are the racers and their machines ready to step up to the challenge of representing the Red Bull Desert Wings at the 2023 Dakar.

When looking at the contenders in the T1 Car Class the only place to start is Nasser Al-Attiyah (QAT). Alongside co-driver Mathieu Baumel (FRA) , the Qatari won the Dakar in 2022 and also the inaugural FIA World Rally-Raid Championship. Al-Attiyah returns to Saudi Arabia behind the wheel of his Toyota GR DKR Hilux aiming for a fourth Dakar win.
“We are ready to defend our title. It would be incredible to win again.”– Nasser Al-Attiyah

Also using the Toyota Hilux will be the race crews of Giniel de Villiers (ZAF)/Dennis Murphy (ZAF) and Lucas Moraes (BRA)/Timo Gottschalk (DEU). The two drivers are at opposite ends of the experience spectrum with 2009 Dakar winner De Villiers gearing up for his 20th Dakar while Moraes will make his debut at the rally in 2023.

“To compete in this event in the top category is, for a rally driver, like reaching Formula 1.”– Lucas Moraes

Sébastien Loeb (FRA) finished as runner-up to Al-Attiyah at both the 2022 Dakar and the subsequent World Rally-Raid Championship. The record nine-time WRC title holder now returns in his BRX Prodrive Hunter plus co-driver Fabian Lurquin (BEL)with their eyes firmly fixed on taking the top prize this time around.

“On the Dakar, like for the rest of the season, we were in the running. In terms of pure performance, we can rival Nasser.”– Sébastien Loeb

Team Audi Sport have overhauled their electrically-charged prototype for their second trip to Saudi Arabia. Looking to fight for victory in the Audi RS Q e-tron E2 will be the three-time Dakar winning race crew of Carlos Sainz (ESP) and co-driver Lucas Cruz (ESP).

“The objective has to be to fight for the victory.”– Carlos Sainz

“I’ve driven many concepts in the desert but the Audi is simply sensational in the dunes.”– Stéphane Peterhansel

Laia Sanz (ESP) is a legend in the desert thanks to her remarkable performances on two wheels, including a Top 10 finish. She continues her switch to four wheels by racing the upcoming Dakar in Astrana’s T1 buggy with co-driver Maurizio Gerini (ITA).

“I’m going back to the Dakar for the second time in a car with the aim of trying to improve on last year’s result.”– Laia Sanz

Another Dakar stalwart who has progressed from two wheels to four is Kuba Przygoński (POL). Przygoński maintains realistic ambitions of parking his MINI on the overall podium alongside co-driver Armand Monleon (ESP).

“We’re really looking forward to the Dakar because we’ll be able to see our car’s potential compared to the others.”– Kuba Przygoński

All images and News Cuts of the Red Bull Desert Wings athletes and teams can be found HERE.