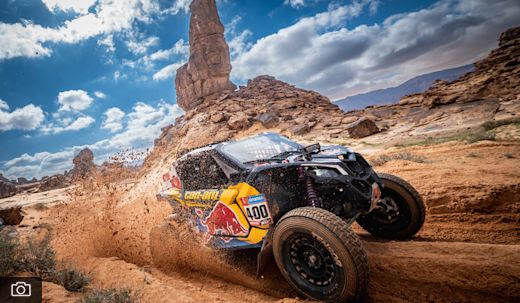 Sébastien Loeb, Daniel Sanders and Mitch Guthrie Jr. eclipsed their rivals during Wednesday’s tricky Stage Four at the 45th edition of motorsport’s toughest test of endurance, the Dakar Rally. Here is all you need to know:

Discover all the key info from the event, including the rally map & participants HERE
Armchair expert’s guide to everything you need to know about the 2023 race HERE
Watch all the daily action from each stage HERE
Listen to all the essential audio quotes HERE
All editorial content is available HERE
See the latest race standings HERE