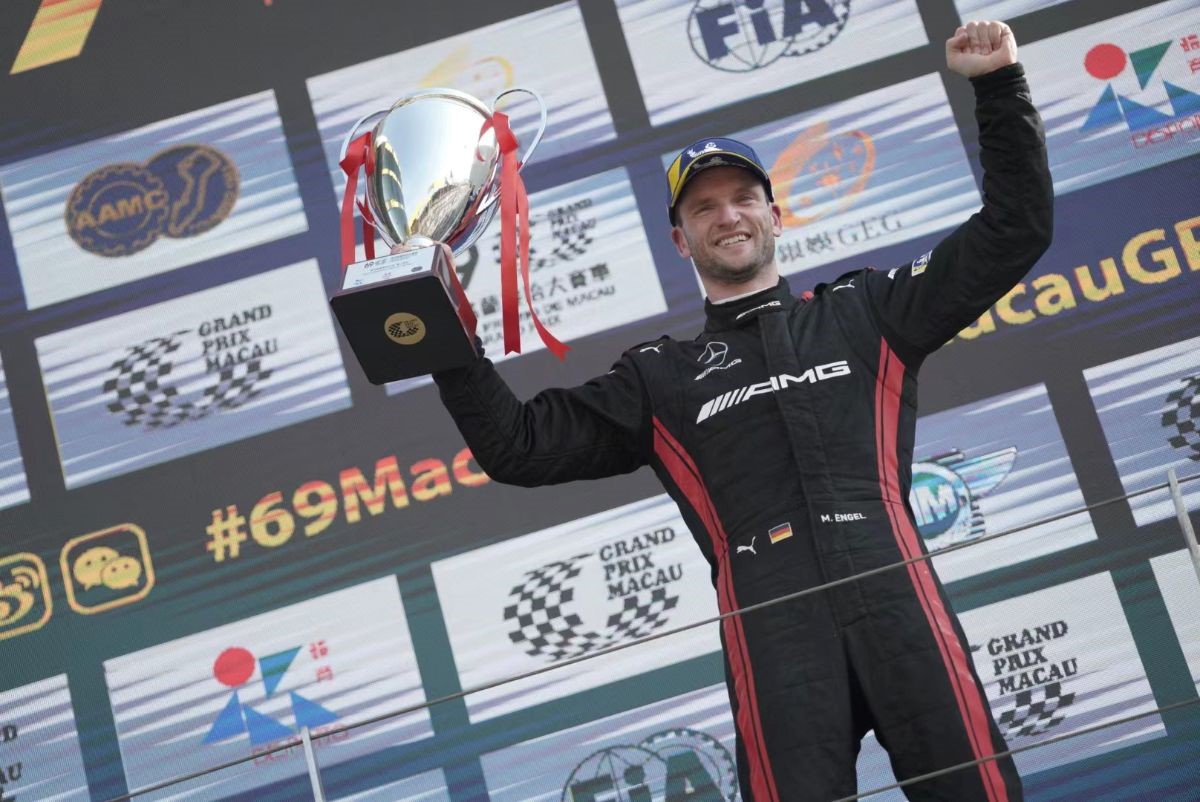 Much like the highs and lows of the iconic Guia Circuit, Craft-Bamboo Racing had a weekend of mixed emotions at the 69th Macau Grand Prix. Returning to the highly anticipated event, star Mercedes-AMG driver and AMG brand ambassador Maro Engel claimed his third Macau GT Cup win with a stand-out performance throughout the weekend. On the other hand, 2021 champion Darryl O’Young was faced with countless adversities, including a major incident in Race 1 that forced him to withdraw from the main race on Sunday. Despite the roller coaster of emotions, it was a spectacular weekend of GT racing on the streets of Macau, eventually handing Craft-Bamboo Racing its second win in 2 consecutive years.

Despite being away from the famous motorsport spectacle, Engel returned to the daunting streets of Macau looking as comfortable as ever. The German was immediately up to the pace, improving with each session on track. The #77 Mercedes-AMG GT3 looked incredible around the narrow streets of Macau as it secured a front-row start for Race 1 after a closely contested Qualifying session. The Tarmac Works and JONSIBAL-liveried car was handed the lead when the pole sitter made a false start. Engel held on to P1 for the reduced race distance and took a comfortable first win and pole position for the main Sunday race. Chasing after his third GT Cup win in Macau, Engel went toe-to-toe with fellow Mercedes-AMG driver Raffaele Marciello at the start of Race 2, momentarily having to concede the lead. The race came back to him as Marciello faced a mechanical issue and retired the car from the lead at Melco hairpin. After a long Safety Car period, Engel managed to hold off a chasing Audi for two critical laps, eventually taking the checkered flag and a well-deserved victory.

The weekend was not as straightforward for 2021 Macau GT Cup champion Darryl O’Young in his #55 Mercedes-AMG GT3. He looked determined to make up for the challenging Qualifying, not being able to extract the maximum from the car during the session. The start of Race 1 saw a multi-car crash that also involved O’Young’s Z-Challenger-liveried red and white car. Despite getting a good start and pulling alongside some of the cars ahead of him, O’Young was tapped on his rear end and spun around straight into the barrier. Sadly, the car suffered terminal damage to its chassis and suspension point, essentially ending hopes for the Hong Kong driver to retain his crown merely 1 corner from the start of the race.

Although it was disappointing to lose a car from the final race, the weekend remains a highlight for Engel, O’Young and the entire team which was working on-site as well as remotely. The Macau Grand Prix is a special event every year and the Hong Kong team is proud to have won the GT Cup in back-to-back years. With this triumph, Mercedes-AMG also celebrates its fourth consecutive overall win in the legendary street circuit race and its seventh victory in total since 2014. As a result, the performance and sports car brand from Affalterbach is the most successful manufacturer in the demanding sprint race event by far.