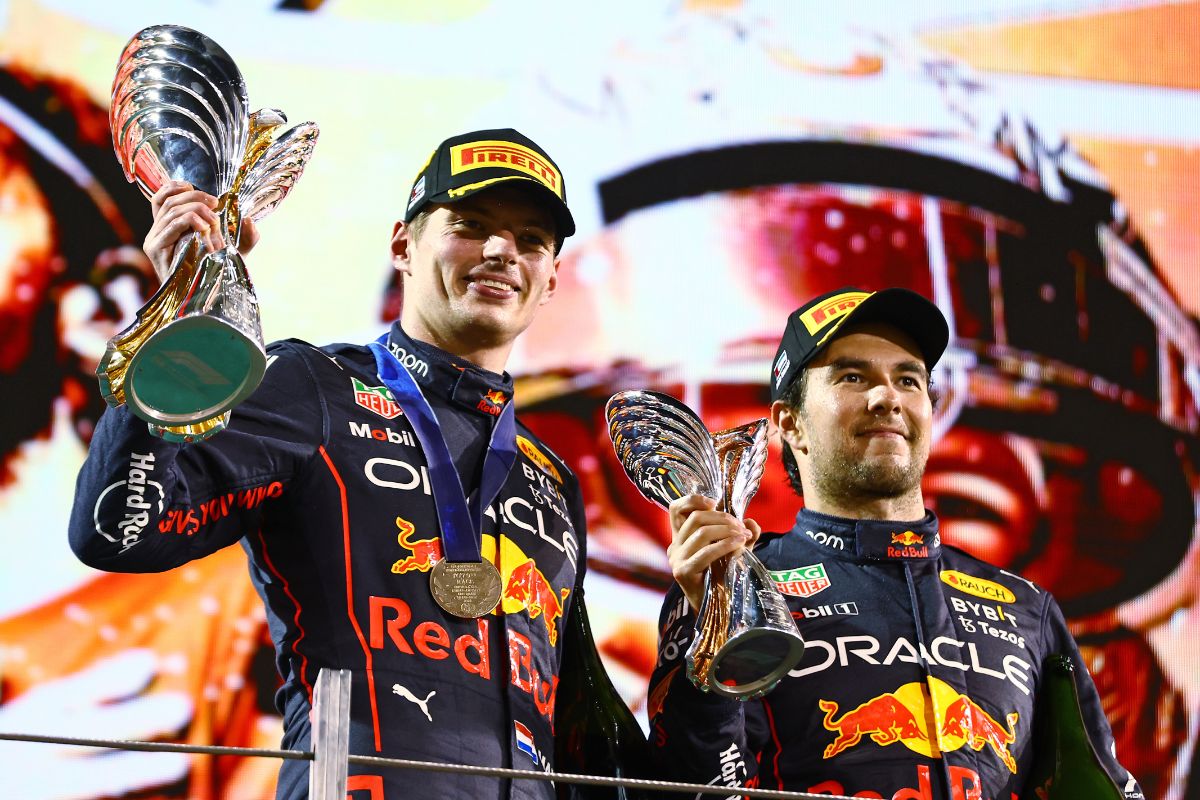 Max Verstappen ended his campaign with yet another dominant display as he secured his 15th victory of the season with an assured drive at the Abu Dhabi Grand Prix to cap a truly remarkable 2022.

Having already wrapped up his second world title and helped Oracle Red Bull Racing secure the constructors’ crown, the Dutch driver showed no signs of complacency as he cruised to victory from pole position at Yas Marina Circuit.

Team-mate Sergio Pérez started the race level on points with Charles LeClerc and knew that finishing ahead of the Ferrari driver would secure second in the drivers’ championship. The Mexican pushed hard throughout the race but was unable to catch LeClerc and eventually had to settle for third in the race and in the final championship standings.

Scuderia AlphaTauri driver Yuki Tsunoda narrowly missed out on the points as he finished in 11th place, while team-mate Pierre Gasly – who will be replaced by Dutchman Nyck de Vries next season – was 14th in his final race for the team.

MAX VERSTAPPEN – 1st
“It was incredible to win here again and to get 15 wins in total this season is unbelievable. It was a good race, the one stop really worked for me and it was all about tyre management today. As a Team, we did everything we could to get Checo up there ahead of Charles, we had split strategies, but it didn’t work out today. Overall, we’ve achieved a lot this year as a Team and we can all be proud of that, its great motivation heading into next year. We’ve had an incredible season and I want to thank everyone in the Team out here in Abu Dhabi and back at the factory, this sport requires dedication, and everyone at Oracle Red Bull Racing has that, it’s clear to see. I’m really looking forward to a break now and I hope everyone has a good Winter and much-needed time with family and friends.”

SERGIO PÉREZ – 3rd
“I am pleased because I gave it my all today. In the end we just didn’t have enough, this is how the sport works, sometimes you win and sometimes you lose. It hurts to lose second place in the Championship by one second, there are things we could have done better but at the end of the day what matters is that you never give up in this sport and that is what I have done this season, on and off track, so I can go home happy. What really meant the most this season is that we gave everything, always, and we ended the final race doing just that. The Team has had a tremendous year so it is nice to finish the season well, we will regroup and look to another strong year in 2023.”

CHRISTIAN HORNER – Team Principal and CEO
“What a season and what a way to end it. It’s just unbelievable. Winning 17 races as a Team. Five 1-2 finishes and being so close to 1-2 in the Drivers’ Championship brings to an end what truly has been a remarkable year. It surpasses anything we have ever achieved. The drivers have been exceptional. A record-breaking 15th win this season for Max. A third straight victory in Abu Dhabi. Exemplary. Checo gave it all he had, coming so close to catching and taking Charles by the end of the race, but sadly it wasn’t to be. Third place in the Championship is still fantastic though and brings to an end his best season ever in F1. Every season in F1 is grueling but it truly has been a herculean effort from everyone this season. From the campus in Milton Keynes, to everyone at track, it has been an immense Team effort. I’d also like to thank our partners who, without their support, none of this would be possible.

“When we reflect on this season, there have been some epic highs and equally sobering lows, but we look back on 2022 as a season like no other, one in which we lost our founder Dietrich Mateschitz. F1 was his passion, his love. We dedicate everything we have achieved this season and the two World Championships to him. Danke Didi.”

YUKI TSUNODA – 11th
“I did the best I could out there today, so I have to be pleased with that. Unfortunately, the tyre just dropped off at the end and I couldn’t keep up the pace and make it into the points. It’s been a tough year for the team, but on a positive side I’ve learnt a lot, especially from Pierre. It’s been a pleasure to work with him over the last two years and I want to say thanks to him for everything he’s done for both me and the team.”

PIERRE GASLY – 14th
“I don’t have many things to say about the race, we tried something different today, but it didn’t seem to work. It was my last with Scuderia AlphaTauri, and sadly tonight didn’t reflect our time together. I will remember everything I have experienced over the years with the team, my first race in Formula 1, first podium and first win. I know that I am a better driver today because of them and I am so grateful for all these achievements. I want to say a massive thank you to everyone I’ve worked with, they’ve all done a tremendous job. We’ve had three amazing podiums and now it’s time to celebrate these unforgettable memories together.”

JONATHAN EDDOLLS – Chief Race Engineer
“Yuki put in a solid and consistent race today, fighting for the final points positions. Unfortunately, the timing of the last stop from Albon forced us onto the soft tyre a bit earlier than planned. This compound did not quite have enough left in it to keep the pressure up on Vettel and Ricciardo for a top 10 finish. Starting Pierre on the soft tyre was aggressive, but given he qualified out of position, we felt we had to take a risk to try and move forward quickly. This tyre actually performed reasonably well, meaning he was boxing in phase with the cars around him. Whilst Pierre was outside the points, we extended the middle stint to see if any opportunity to take on the new tyre late would come around, however this was not the case and although we got him ahead of the Haas cars, we could not move him further forward towards the points. It’s been a long season and unfortunately, we have not been able to deliver the level of performance of the previous two years in 2022, but the entire team is totally focused on addressing this for next year. Finally, on behalf of the team I would like to thank Pierre for his hard work and dedication, he has been an important part of our success in recent seasons, and we wish him well in 2023.”