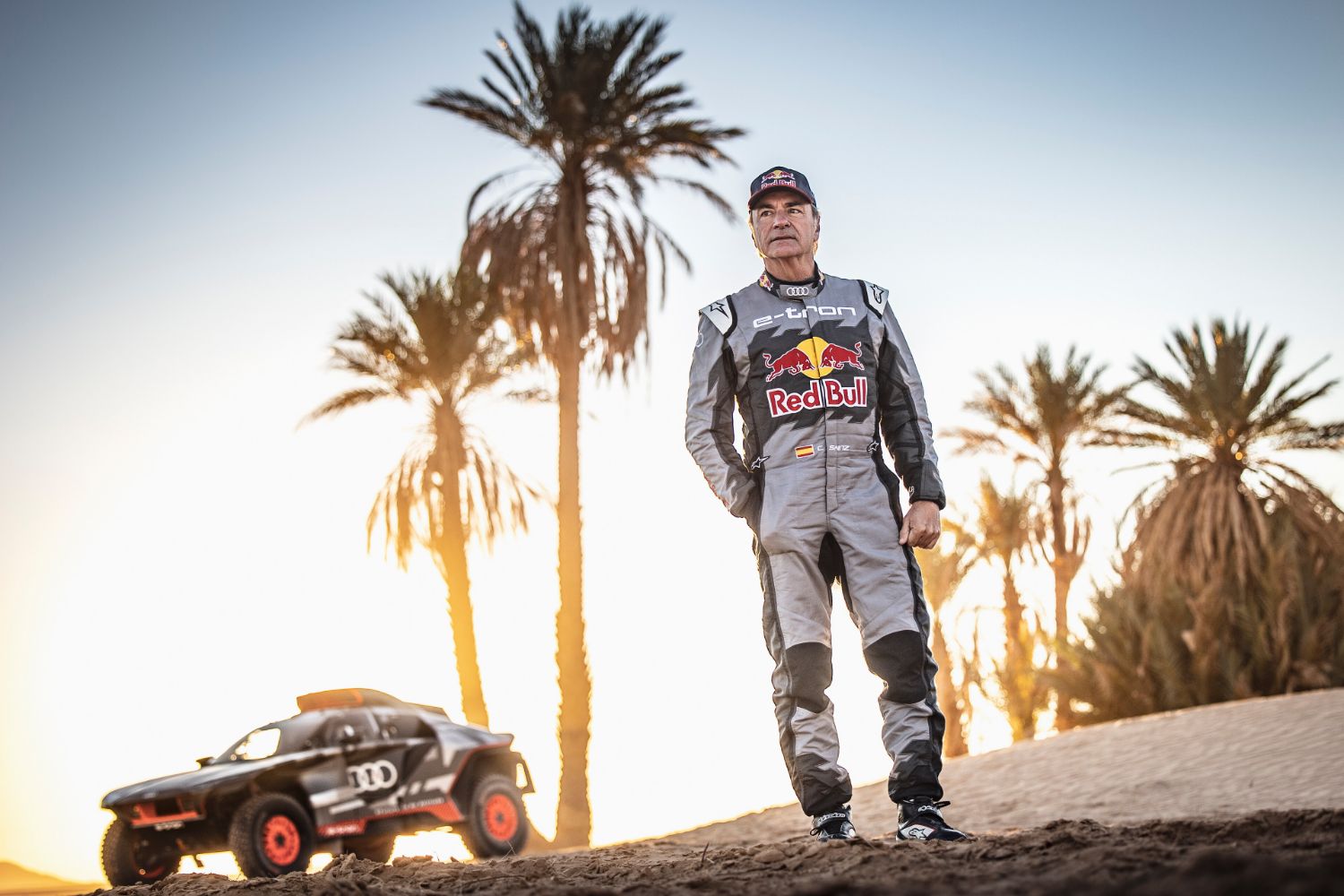 Here is all you need to know:

– When Madrid native Sainz began his rally career in 1980, Spanish names were a rarity in the sporting headlines however, with two World Rally Championships and three Dakar Rally wins so far, ‘El Matador’ has helped to put Spain on the motorsport map – paving the way for the likes of Formula One’s Fernando Alonso and, extending the family dynasty, Carlos Sainz Jr of Ferrari fame.

– The Spanish hero continues to break records, and now – as he prepares for his 16th Dakar campaign from December 31, 2022 through to January 15, 2023 – a documentary series, Sainz: Live to Compete, available to watch for free only on Red Bull TV, reveals his compelling story.

– “Carlos has always been a pioneer,” says Carmelo Ezpeleta, former director of Spain’s iconic Jarama circuit and current CEO of Dorna Sports, the rights holder to the MotoGPTM World Championship.

– Featuring interviews with the leading names in motorsport, archival video, family footage and the recollections of Sainz himself, the six-part series goes inside a career that made motorsport front-page news in Spain, and made Spanish sports newsworthy around the world.

– After earning a boyhood trial with Real Madrid and becoming Spanish squash champion at just 16, Sainz joined rally at a time when Spain had yet to win the World Cup in football, or to produce motorsports superstars like two-time champion Alonso and six-time MotoGP champion Marc Márquez.

– In Live to Compete, Alonso reveals: “As a kid, racing in Spain was all about rallying. It was all Carlos Sainz – he made us dream. I think that was the moment when it clicked in our minds. Although we are Spanish, coming from Spain, we could dominate the motor world.”

– His WRC days behind him, Sainz continued to keep rally at the forefront by taking his innovation to a new discipline in the Dakar Rally, seizing victories in 2010, 2018 and 2020, and setting the current record for the oldest driver to win the event at 57 years of age.

– The contributions Sainz has made go beyond driving, he has also been integral in car development. Spanish journalist ‘Pipo’ López points out, “All the cars he’s touched, he has made them champions. That was the job he did at Volkswagen, and he did it again in Peugeot and Mini.”

– Then for 2022 Sainz signed with Audi to drive and provide input on its RS Q e-tron, and at age 59 he once again made history, becoming the first driver to win a Dakar stage in an electric hybrid car.

– Adding insight to Sainz’s career and achievements, the documentary also hears firsthand from the driver’s co-pilots throughout his career, as well as from his big rivals (sometimes teammates), such as Stéphane Peterhansel and Sébastien Loeb of France and Nasser Al-Attiyah of Qatar.

– The relationship between Sainz and his son is fascinating. Former F1 pilot Pedro de la Rosa remembers that after seeing Sainz Sr. in a brief F1 test in 2005, he felt the driver would have had the potential to join the paddock if he had chosen to pursue it. Sainz Jr adds, “There’s no need to prove how good he is, because everyone already knows he’s great.”

– In 2023, Sainz will be older than any other driver at Dakar, yet once again he will be at the wheel for Team Audi Sport, looking to prove just how competitive an electric-powered car can be.

– He explains, “In the end, what is life without challenges; something to devote all your energy to – all your hope, all your passion, all your desire? I’m going to be a driver my entire life.”