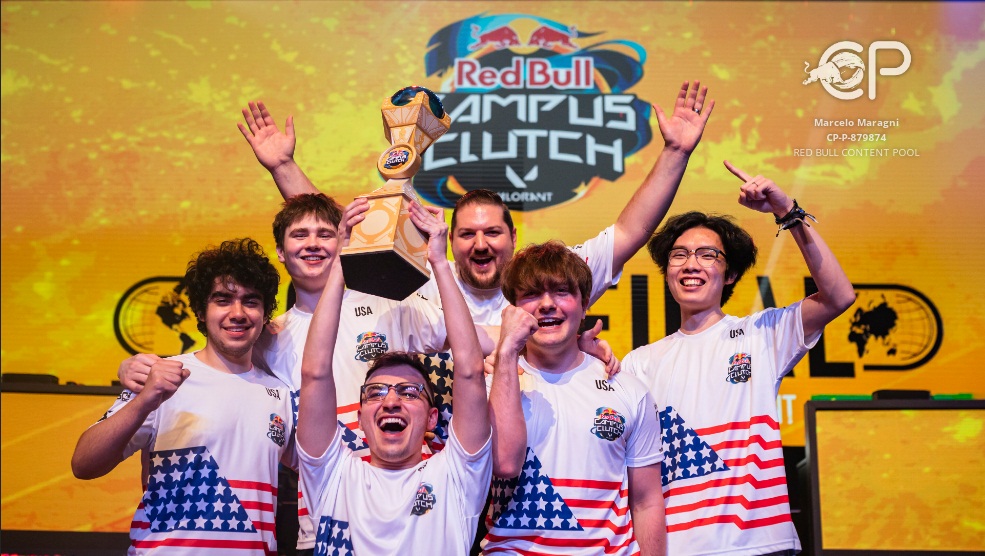 USA (Northwood University) won the 2022 Red Bull Campus Clutch World Final in a competitive but strong match against Canada, only dropping four maps throughout their entire World Final campaign at the epic Estádio do Pacaembu in São Paulo, Brazil. Here is all you need to know:

– Red Bull Campus Clutch is a grassroots esports initiative bringing student VALORANT players of many skill levels together as they team up and experience competitive gaming as they have never before.

– In its first year, it showcased up-and-coming talent who went on to establish a career in the pro scene, with the 2022 tournament seeing over 30,000 participants and more than 400 separate events, culminating in an epic LAN finale at the Estádio do Pacaembu in São Paulo, Brazil.

– Friday kicked off with two semi-finals, Canada and Poland starting the action first in a back-and-forth affair that saw Canada take the first map 13-6, Poland then coming back in game two with a 13-6 victory on Haven, before a tight third game saw Canada take out Poland 13-10.

– The USA team more easily found their path to the Grand Final, outclassing the underdog Macedonia 13-8 and 13-10, then kicked off the best-of-five Grand Final with a quick 13-4 win over Canada.

– Canada clawed back a victory on the second map, Icebox, however the stamina and class of USA came through as they took the next two maps, and the trophy, with 14-12 and 13-7 wins on Haven and Bind respectively.

– After they took home the trophy, €20,000 and an exclusive VIP experience at a 2023 VALORANT Tournament event, Micheal ‘Dark3st’ Herrera said: “Honestly, we put so much effort into this, we put so much time into playing together, and it feels amazing.”

– Ali Salahedin added: “It was honestly great. The locals were all very nice to us, everyone in São Paulo has been very nice and welcoming. Thank you all for coming out to support us, it means a lot!”

– Alex ‘Vansilli’ Nguyen revealed: “I don’t think I was expecting a North American final. So many teams and so many matches, even in the group stages, that went into overtime. This game is only two years old, going into the third year, and we’re already seeing that from all these regions around the world they’re bringing that competition.”