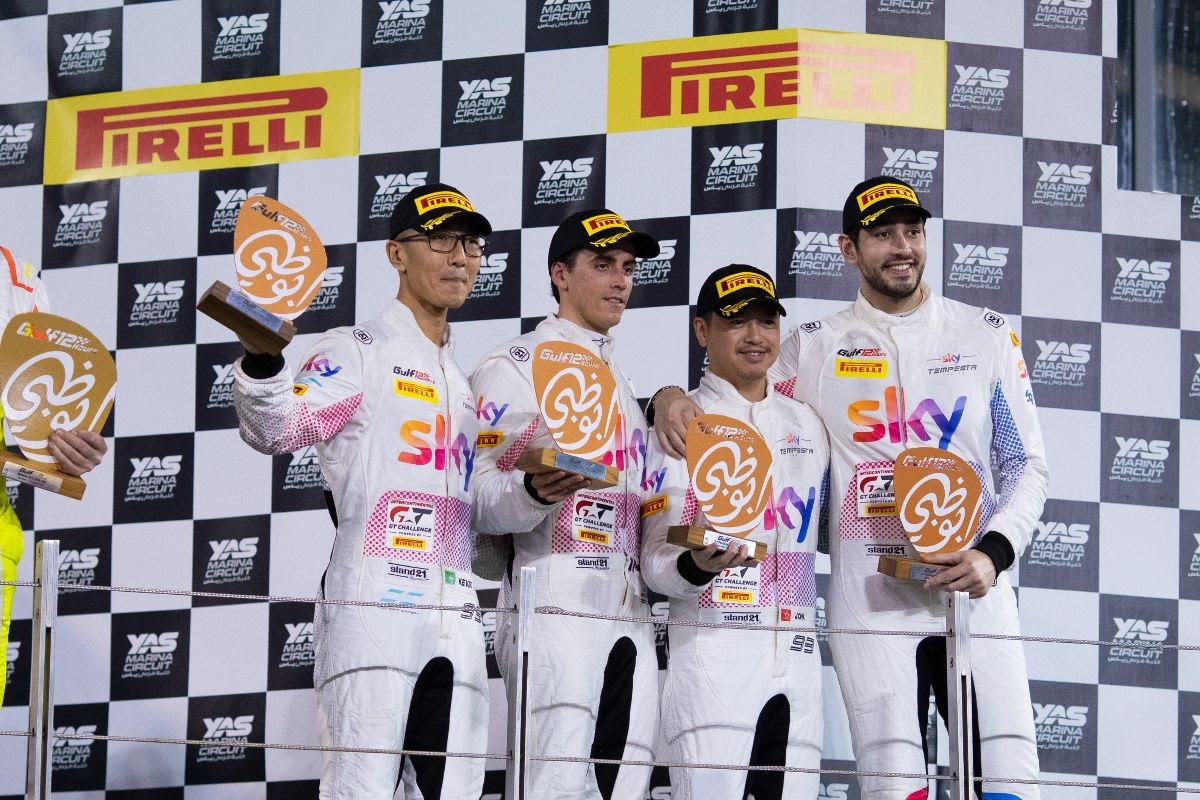 The 2022 season of the Intercontinental GT Challenge Powered by Pirelli (IGTC) came to a close at the Gulf 12 Hours on the 11th of December 2022. Hong Kong driver Jonathan Hui joined forces with Kevin Tse (MAC), Chris Froggatt (GBR), and Eddie Cheever III (ITA) in the #93 Sky Tempesta Racing McLaren 720S GT3 with Garage 59 supporting them with technical expertise. The team started very strong leading the class early on, but faced adversities in the second half of the round-the-clock event. A strong comeback towards the end allowed them to snag a Pro-Am class podium finish, coming home in P3 after 12 hours and ending 2022 on a high.

Hui and his teammates had strong sessions on Saturday, qualifying P3 in their class with their aggregated times merely 0.2 seconds off pole position. On a bright sunny Sunday, Froggatt started the race from P11 overall and got off the line quickly to place the McLaren 720S GT3 in class P2. The Brit pitted at the hour mark and handed the car to Hui for the second stint. The experienced Hong Kong driver felt comfortable in the McLaren right away, despite this being his first race in the car, and jumped up to the class lead. It was a strong stint before the car was handed over to Tse, right as the weather quickly changed and rain started to fall around parts of the Yas Marina Circuit.

The Macanese driver was caught out by the tricky conditions, dropping positions but managing to keep the car safe and on the track. Sky Tempesta Racing pushed hard for the remainder of the entire race to claw back the lost positions with all drivers producing consistently fast laps in their stints and attacking the cars in front. However, the adversities were not over as a late brake change was required and a technical issue caused a lengthy delay for the team, standing stationary in the pit lane.

Determined as ever, Cheever got into the #93 McLaren for the final two hours of the race and clocked in strong lap times, all the time making inroads on the cars in front. The best lap time for the team came in on the 305th lap, matching the best lap time of the eventual overall race winners, demonstrating the pace of the team around the 5.3km track. Over 330 laps and 1,700 km later Cheever eventually clawed his way back to P3 with just over 45 minutes to go, bringing the car home to a well-deserved Pro-Am class podium and concluding the team’s 2022 race campaign in style.

For Hui this was an integral race in the off-season before kicking off his full GT World Challenge Europe 2023 season, giving him the opportunity to have more seat time around a technically challenging Grand Prix circuit. The Hong Kong driver also secured P2 in the 2022 IGTC Pro-Am driver standings as a result of this podium finish. For 2023, Hui will continue his pursuits with Sky Tempesta Racing as the championship is set to kick off in Monza in April.

“A fantastic result for our debut race in the McLaren 720S GT3 with a podium result and securing 2nd place in the Intercontinental GT Challenge Pro-Am driver standings. Despite a lack of experience in the car, thanks to the great support from Garage 59 we got up to speed quickly and we were competitive immediately fighting at the front of the field. The car felt great during the race and I was able to drive at a strong, consistent pace throughout my stints. It was more physically demanding than I had imagined and I will be sore for a few days but it was well worth it!”